The Problem of the Old Testament

Chapter 18: The Problem of the Old Testament 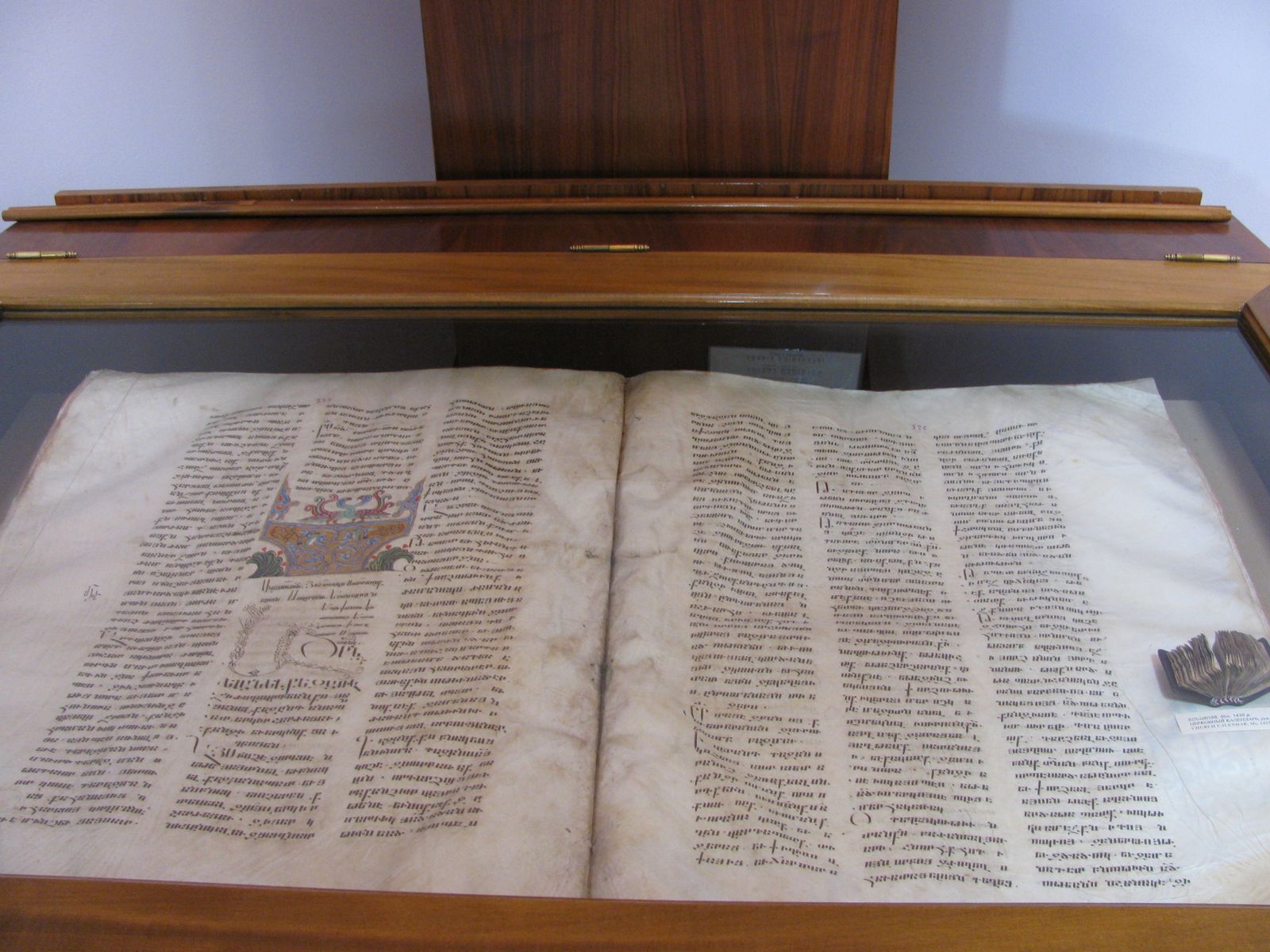 The Old Testament narrative stretches back to the dawn of creation and reveals God's purposes in creating man and placing him on the earth to be tried, tempted, and refined through obedience in the face of adversity.  It demonstrates God's awesome power and His great love for humanity, and teaches that His word was preached in all the world from the beginning.  We see the blessings of obedience and consequences of disobedience for individuals and societies.  God instructs, guides, and protects His people who hearken to his voice, but the covenant does not offer salvation without effort: those of the chosen people who sin and fail to repent are cut off, whereas the repentant and faithful foreigner is grafted into His people and accepted of Him.  In consequence of apostasy and disregard of contemporary prophets, the northern ten tribes are conquered by the Assyrians and taken as slaves to the lands of the north, where they disappear from history.  The southern tribes hold out nearly two centuries more, but are captured by the Babylonians in 587 BC and resettled to Babylon; a tiny fraction eventually return to Jerusalem and reestablish temple worship as a subject people.

God's voice to mankind does not come at random, but is conveyed to the covenant people throughout the generations by chosen prophets holding priesthood authority who received ongoing revelation tailored to the needs and circumstances of their time. These prophets received numerous instructions from God about seemingly mundane aspects of life, producing a large volume of holy writings.  Only in times of great wickedness or apostasy was the voice of God not heard through living prophets.[1]  The line of prophets ends abruptly in approximately 430 BC with the words of Malachi who offers admonitions to reverse the encroaching apostasy: "Return unto me, and I will return unto you, saith the Lord."[2]

The claims of the New Testament are highly dependent upon the Old.  The New Testament's pages begin with a genealogy of Jesus as a descendent of the patriarch Abraham and King David, and rightful heir to reign over God's people.  Unlike a Buddha or Muhammad who arose out of nowhere and claimed authority for himself, Jesus is presented as the chosen Messiah foretold by holy prophets from the beginning of time who came to set a perfect example and to atone for the sins of mankind. Numerous acts and sayings of Jesus are pointed out as the fulfillment of Old Testament prophecy, and elements of the Old Testament law and episodes from the lives of ancient prophets are demonstrated to foreshadow Christ's ministry.

Christ knew the ancient writings thoroughly, and often cited its passages in His teaching. Yet many Christian faiths today distribute only copies of the New Testament in their evangelistic outreach, and only rarely refer to the Old Testament because of the difficulties it presents.  The Old Testament is challenging to understand because of its foreign culture and language, remote time, and terseness on key points for which we would very much like additional clarification or detail.  Christians believe that no one can enter heaven without baptism (John 3:5), but the Old Testament is generally silent on this point.  If "no man cometh unto the father, but by [Jesus]" (John 14:6), what did ancient prophets, and the Israelites to whom they conveyed God's word, know of Christ? Was salvation administered to those who followed the Law of Moses, or were they little more than pre-Christian pagans following incomplete truths corrupted by their cultural milieu?  Old Testament prophecies speak about the restoration of the covenant people, the restoration of the lost ten tribes, and other events. With no theology to connect themselves to the ancient Hebrews, many Christians focus on Messianic prophecies while ignoring difficult or uncomfortable material.

Most modern Christians maintain that since the death of the New Testament apostles, the Heavens have been largely silent: while God can speak to individuals, they deny that there can be any additional scripture or prophets to teach the truth without confusion, to direct Christ's Church, or to proclaim God's will today.  Old Testament teachings of God's model undermine such claims. If God loved the tens of thousands of ancient Israelites enough to instruct them in small matters, does He not love the billions today enough to speak again from the heavens? If every generation of ancient Israelites needed its own prophets, can thoughtful people really believe that our times do not have their own challenges distinct from those in ancient times for which disciples of Christ need additional instruction today?

Difficulties reconciling ostensible scriptural roots with current religious practices are not limited to Christians.  The Quran cites numerous Bible stories and claims that Muhammad is prophesied in both the Old Testament (Taurat) and New Testament (Injil).[3] Islamic scholars have claimed that Old Testament prophecy of a future prophet like Moses,[4] the description of God shining forth from Sinai with ten thousand saints,[5] and even the New Testament promise of "another comforter"[6] refer to Muhammad.  The Quran teaches that biblical prophets were sent by God, although Islamic scholars have claimed that their revelations were restricted in place and time and that it is therefore unnecessary to study their works now that their teachings have been "superseded" by the Quran.  They also cite some difficulties in the transmission of the biblical text.  Yet if Biblical teachings lack relevance to modern people, why did Muhammad cite so heavily from both Old and New Testament stories in the Quran?  Muhammad's claim of alleged prophecies of himself demonstrates reliance on the Bible as a source of authority.  If the Bible is to be claimed as a source of authority and truth, it must also be studied and its lessons applied. Even if the Law of Moses has been superseded by a greater law and many Old Testament teachings and practices were directed toward specific needs and circumstances which no longer apply today (such as the Hebrew dietary law and the practice of polygamy) - a belief almost universally held among Christians - there is still great value in studying lessons from God's work among ancient peoples. The Quran's numerous scriptural allusions imply the reader's familiarity with stories told in the Bible in much greater detail.  It would therefore seem that thorough knowledge of the Bible is a prerequisite for receiving full enlightenment from the Quran. That so few Muslims are willing to read the Bible attests to great discomfort that, when carefully studied, its teachings are not fully consistent with the claims of Islam.

Even Jews face difficulty reconciling Old Testament teachings with the contemporary faith.  Judaism acknowledges no prophets since the time of the Old Testament, the role of divine revelation had been supplanted by tradition of scholars and interpreters of the law even in Christ's day. Of the interpretations of the law by learned rabbis found in the Talmud, the Midrash, and other sources, how does one determine what, is authoritative, and what is opinion?  Christ observed to the Jewish elders who rejected him: "Did not Moses give you the law, and yet none of you keepeth the law?"[7] James wrote: "whosoever shall keep the whole law, and yet offend in one point, he is guilty of all."[8]  If Christ is rejected as the Messiah, then where is the divine word from holy prophets to declare that the sacrifices and rituals mandated by the Mosaic Law are no longer necessary?  Whereas temple rituals and sacrifice had resumed after the Babylonian captivity and other prior disruptions, the final cessation of these Mosaic rites in the first century AD points to Christ as the promised Messiah, the great and last sacrifice.[9]

The gap between the Old Testament and New Testament is bridged by the Book of Mormon, which teaches how disciples of Christ lived centuries before His birth and how they lived the Mosaic Law as prefiguring Him.  The Book of Mormon bridges the divide between the Old Testament covenant people and the Christ's gospel to all the world, between Mosaic Law and gospel living, grace and works, mercy and justice, and individual and society, successfully reconciling ancient books of scripture in a unifying and consistent way that no other faith can.