Testimony as Witness of Truth

Chapter 11: Testimony as Witness of Truth 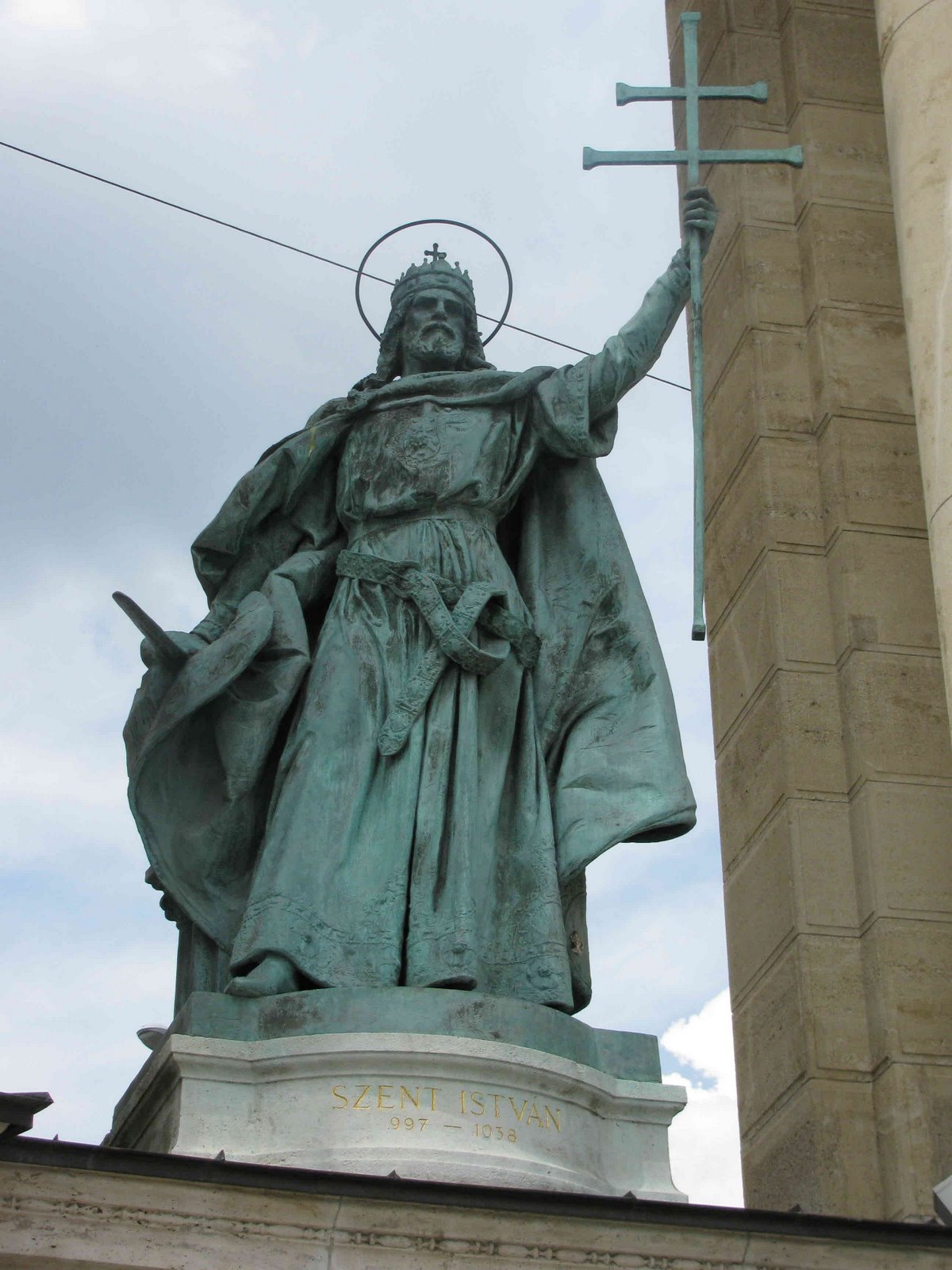 The New Testament authors do not merely assert that Jesus Christ was the son of God.  They provide evidence that Christ was the promised Messiah, record His inspired teachings that transcend the wisdom of the wisest humans, attest to divine miracles He performed, demonstrate that His life and works fulfilled Old Testament prophecy, and even witness to His resurrection from the dead.  "Never man spake like this man,"[1] nor did any but the son of God have the power to raise Himself from the grave. The gospel authors testified of the impact of Christ's teachings in their own lives, how they came to receive a witness of truth, and how this truth continued to be reaffirmed by ongoing observations, events, and deepening understanding as they applied His teachings for themselves.  This is testimony.

Testimony is not a conclusion: "your honor, the suspect is guilty." Testimony is evidence, observation, and personal experience.  The testimony of corroborating witnesses has been a foundational principle of jurisprudence since the time of Hammurabi, which in turn was based on older law codes in Sumerian, the first written language.  The necessity of evidence and witnesses to establish truth has thus been recognized since the dawn of civilization.  Civil societies have placed great importance on the corroborated testimony of upstanding individuals, applying heavy punishment for perjury or false witness.  A single witness is not enough to deprive an individual of life, liberty, or property. The Law of Moses declares:

If no legal verdict can be based on the uncorroborated testimony of a single witness, and certainly not matters of life and death, can a lone witness establish the truth of a religion's divine claims?  Can rational individuals allow their eternal salvation to hinge upon the veracity of a single witness?  Yet many individuals do exactly that, placing their eternal hopes and faith in the supposed revelations and spiritual insight of a solitary individual or, in some cases, to unattributed tradition.

The founders of Hinduism are unknown. Ancient Sanscrit epics purport to tell of battles of the Gods, yet it is unclear who wrote or composed these works. Little is known of the few historical figures who are mentioned at all.  Hinduism lacks foundational figures like Abraham and Moses who fit known historical contexts and whose credibility can be evaluated from writings of their life, works, and teachings.  Without attributed authorship of early Vedic works, let alone corroborating witnesses, what court would accept the testimony of such works as credible?

Siddhartha Gautama, known as the Buddha, claimed to have experienced divine awakening and insight into the cause of human suffering and the path to enlightenment, yet there were no reported witnesses to these events.  Many accepted his teachings because of their wisdom, but his lone testimony is uncorroborated.

Muhammad was a charismatic speaker, a good organizer and military strategist, and a wise poet and teacher, yet his hearers had no witness of his claims of divine manifestations beyond his own word. Muhammad acknowledged the divine calling of Moses, who declared the need for multiple witnesses in any matter of consequence,[4] so why do we have only Muhammad's own witness of himself if he is indeed the last and greatest prophet? Islam offers no testimony corroborating its claims, and no specific way for believers to receive a divine witness of its truth.  Its proponents argue that it must be right because it holds Allah as supreme and without intermediary and because of the wisdom of the Quran which, they claim, "does not contain contradictions."[5]

In contrast, numerous independent contemporary witnesses have left their testimonies of the veracity of the teachings and histories of the Old and New Testaments. The four gospels present the testimony of independent witnesses to Christ's life and teachings. The authors testified to what they had personally seen and heard and also cited the testimony of other eye-witnesses.  Although some minor differences are encountered in the New Testament Gospels, the authors compellingly agree on central elements of Christ's life, His teachings, and His divine nature. The Gospel writers demonstrate Christ to be the promised Messiah foretold by Old Testament prophets long before his birth.  Christ taught that He did not speak of Himself, but that the Father also attested to His words:

"If I bear witness of myself, my witness is not true. There is another that beareth witness of me; and I know that the witness which he witnesseth of me is true."[6]

"It is also written in your law, that the testimony of two men is true. I am one that bear witness of myself, and the Father that sent me beareth witness of me."[7]

More evidence supports the New Testament account than many assertions in secular histories generally accepted as fact.  Distinct from other alleged prophets who asked people simply to believe, Christ provided a way through which individuals could receive a divine witness of the truthfulness of his words through study, prayer, and application.[8]

Scriptural witnesses may attest that Moses was a prophet or that Jesus is the Son of God, yet these ancient witnesses do not attest to the veracity of Catholic, Methodist, Baptist, Pentecostal, Orthodox, and "non-denominational" churches or other contemporary faiths.  There is no testimony of authorized continuity or ongoing connection between these modern groups and the church of scripture.  The occasional claims of Protestant "prophets" also lack corroboration. Ellen G. White, founder of the Seventh-day Adventist church, was a gifted and eloquent Christian writer who claimed to have received many visions and prophecies, yet there were no reported witnesses to any of her alleged manifestations.

Of the modern churches claiming the mantle of Christianity, only the Church of Jesus Christ of Latter-day Saints offers corroborated contemporary testimony regarding its divine claims and connecting it to the ancient Church of Christ.  The Book of Mormon was attested to by three independent witnesses, upstanding and respected citizens of their communities, who proclaimed:

Be it known unto all nations, kindreds, tongues, and people, unto whom this work shall come: That we, through the grace of God the Father, and our Lord Jesus Christ, have seen the plates which contain this record...And we also know that they have been translated by the gift and power of God, for his voice hath declared it unto us; wherefore we know of a surety that the work is true. And we also testify that we have seen the engravings which are upon the plates; and they have been shown unto us by the power of God, and not of man. And we declare with words of soberness, that an angel of God came down from heaven, and he brought and laid before our eyes, that we beheld and saw the plates, and the engravings thereon; and we know that it is by the grace of God the Father, and our Lord Jesus Christ, that we beheld and bear record that these things are true. And it is marvelous in our eyes. Nevertheless, the voice of the Lord commanded us that we should bear record of it; wherefore, to be obedient unto the commandments of God, we bear testimony of these things.

The three witnesses testified not only that they had seen the golden plates, but that they received angelic visitation, saw the plates by the power of God, and heard the divine voice testify that the translation was correct, leaving no doubt that the English translation of the Book of Mormon was the product of the ancient record.  An additional eight witnesses testified that they saw and handled the plates. Although some of the witnesses later experienced differences with Joseph Smith, they were recognized as upstanding citizens of their communities and never denied or retracted their testimonies in spite of considerable persecution and pressure to recant, instead testifying compellingly of the Book of Mormon's veracity even when disaffiliated from the Church. The fact that each of the Three Witnesses was for a time disaffected from the church makes their consistent testimony more rather than less credible, as their testimonies cannot be dismissed as mere partisanship, and they would have had no incentive for maintaining their testimonies if they were not true.

Numerous additional heavenly manifestations in the restored church were corroborated by multiple witnesses, the testimonies of some of whom are recorded in Opening the Heavens: Accounts of Divine Manifestations 1820-1844.[9]  The perpetuation of the prophetic and revelatory model offers continuity from the time of Joseph Smith to the present.  No other contemporary faith offers such corroborated testimony of its divine claims.