Inspired Scripture as a Guide to Mankind

Chapter 08: Inspired Scripture as a Guide to Mankind 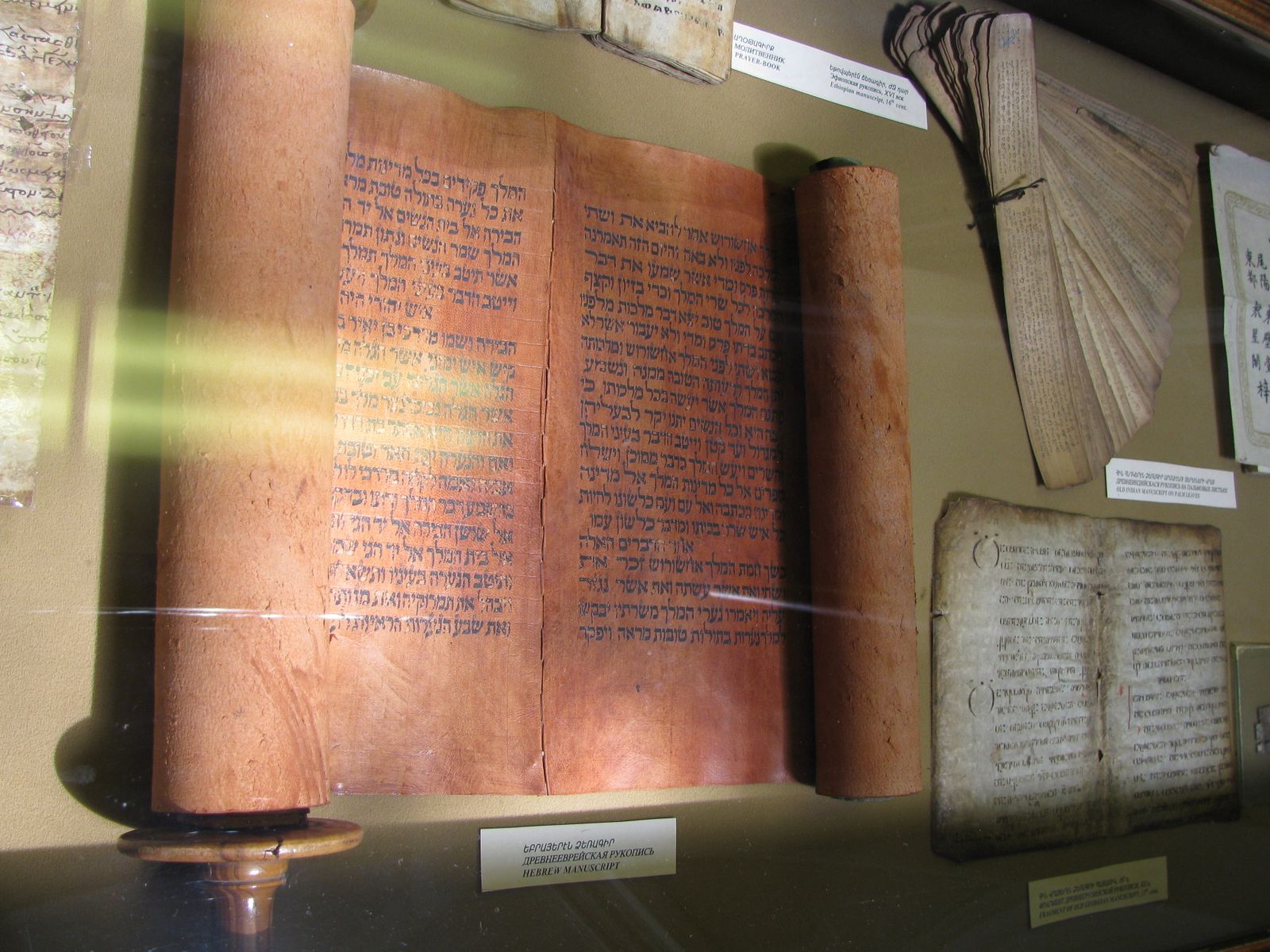 Every world faith acknowledges the importance of scripture or holy writings.  The importance of written scripture implies the need for literacy, as teachings cannot be maintained incorrupt without the preservation of a written record.  Although grains of truth may be found in some legends of Native American peoples, sub-Saharan Africa, islander cultures, and other historically illiterate societies, the observable corruptions that occur from one generation to the next attest that their religious traditions cannot reflect the full truth.  Our search for divine truth should therefore be directed toward the written word as preserved over time.

The world will be judged by holy writings, which teach the standards to which we will one day be held to account.  Saint John wrote in his Revelation:

And I saw the dead, small and great, stand before God; and the books were opened: and another book was opened, which is the book of life: and the dead were judged out of those things which were written in the books, according to their works.[1]

God knows all things, and earthly scripture are a pattern of the divine. The Book of Mormon teaches that "all things are written by the Father; therefore out of the books which shall be written shall the world be judged."[2]  God therefore commands mankind to write His revelation to them, both in the form of scripture for the benefit of mankind and journals to record personal inspiration for posterity:

The diligent study and application of scripture is essential for individuals to draw close to God and fulfill their purposes in life.  Scriptures serve as a faithful guide in a world with many conflicting voices. The prophet Nephi wrote that "whoso would hearken unto the wordof God, and would holdfast unto it, they would never perish; neither could the temptations and the fiery darts of the adversary overpower them unto blindness, to lead them away to destruction."[4]  He therefore admonished all people to "feast upon the words of Christ; for behold, the words of Christwill tell you allthings what ye should do."[5]

The teaching and implementation of God's true word has a greater impact on the human soul than any external event.  God's word is a central tool as we strive to help our family members, friends, and acquaintances find the right path in life:

The preaching of the word had a great tendency to lead the people to do that which was just—yea, it had had more powerful effect upon the minds of the people than the sword, or anything else, which had happened unto them—therefore Alma thought it was expedient that they should try the virtue of the word of God.[6]

Yet not all scriptures are equal.  Many books are alleged to comprise scripture, and many individuals have claimed divine authority for differing teachings which cannot all simultaneously be correct. How can one distinguish the inspired teachings of genuine prophets from the useful but imperfect admonitions of wise teachers and the erroneous claims of imposters?

Those who read the scriptures of different faiths can compare them and understand their spiritual merits. Judaism acknowledges most of the Old Testament; Christianity claims the Old and New Testaments as scripture; Latter-day Saints teach from the Old and New Testaments, the Book of Mormon, and modern revelation. Islam claims the Koran; the Hindu faith proclaims the Bhagavad Gita; Buddhists cite a large corpus of writings from teachers like Siddhartha Gautama. Taoists recognize the Tao Te Ching and Confucians cite the Analects of Confucius.  The thoughtful reading of such works can help anyone to glean positive principles and to increase respect and understanding of other faiths.

As we read scriptures, we can contemplate their message and perceive whether their teachings are human or divine. Do their principles encourage us to do good, harmonize with conscience, and bring us closer to God?[7]  Are they coherent and internally consistent in teaching an overarching theology? Do they enlighten our minds and teach timeless truths that resonate with the soul?  Do they grow on us with each reading through our spiritual journey? Or do they consist of hollow phrases that sound good but convey little practical insight?

After studying the holy books of various faiths, I offer my brief perspectives.  Others are welcome to study these works and arrive at their own conclusions, which may differ.  All of these books have merit and value and are well worth reading for oneself.  Yet I find that none of them attain to the insight and wisdom of the Christian Bible. The Hindu Bhagavad-Gita contains beautiful poetry, yet this short work consisting mainly of narrative and dialogue offers a philosophical system of lofty ideals but little direct guidance, and the identity of the authors has been lost in the mists of time. The Dhammapada or sayings of Buddha contains beautiful poetry and practical wisdom, but few specifics for daily life. The Tripitaka or Tipitaka of Buddhism comprises some forty volumes of expansive poetry, dialogue, and principles, yet the text is repetitive around common, vague themes. The brief Tao Te Ching of Lao Tzu and the Analects of Confucius offer great wisdom for life. Both men were recognized during their lifetimes as wise and great teachers, but they never claimed the visitation of God, nor any divine authority beyond the principles of good as elucidated by conscience, meditation, and reason. Although the Quran constitutes beautiful Arabic poetry, it is a relatively short book that lacks the many of the enlightened directives for personal conduct found in the Christian scriptures.  Many of its positive principles represent re-workings of Judeo-Christian teachings or commentaries on Biblical stories to which Muhammad was exposed in his youth.  Relatively few individuals outside of Middle Eastern and Southeast Asian cultures have found great spiritual resonance in chapters with titles such as "The Cow," "The Bee," "The Ant," The Elephant," "Suad," and "The Fig."

As we read the holy works of various faiths, we can contemplate whether we find greater evidence of the divine in Hindu epics about alleged battles of the Gods in legendary times before the foundation of the world, or in Hebrew scripture which records miracles among men in historic times and attested by multiple witnesses.  We can consider whether greater wisdom is found in the lofty and abstract metaphysics of the Tao Te Ching:

"The great Way is easy, yet people prefer the side paths. Be aware when things are out of balance. Stay centered within the Tao."

in the Quran's commentary on ancient scripture:

"Surely We sent Nuh [Noah] to his people, saying: Warn your people before there come upon them a painful chastisement. He said: O my people! Surely I am a plain warner to you"

or in the words of Christ which transcend prior teachings:

"Ye have heard that it hath been said, Thou shalt love thy neighbour, and hate thine enemy.  But I say unto you, Love your enemies, bless them that curse you, do good to them that hate you, and pray for them which despitefully use you, and persecute you."[8]

The Bible is claimed in whole or part by multiple world faiths, which attests to its inspiration.  Jews acknowledge the Old Testament; Christians acknowledge the Old and New Testament, and the Quran repeatedly cites Biblical stories, even if most Muslims have never read the source. Other faiths have not sought to claim as their own the visions of Buddha, the Hindu scriptures, or the Koran. Although considerable value may be gleaned from other works, none approach the wisdom, practicality, insight, power, and consistency of the Christian scriptures.

The transcendence of scriptural wisdom over the insight of the wisest humans evidences divine origins. When the inspiration of the Book of Commandments -- now called the Doctrine and Covenants -- was disputed early in the history of the Church, the Lord challenged the objectors:

"Now, seek ye out of the Book of Commandments, even the least that is among them, and appoint him that is the most wise among you; Or, if there be any among you that shall make one like unto it, then ye are justified in saying that ye do not know that they are true; But if ye cannot make one like unto it, ye are under condemnation if ye do not bear record that they are true. For ye know that there is no unrighteousness in them, and that which is righteous cometh down from above, from the Father of lights."[9]

The same challenge can be extended to any work which claims the label of scripture. The many great religious and philosophical documents of the world -- the Koran, the Upanishads, the Tao te Ching, the Bhagavad-Gita, the Analects of Confucius, and so forth -- contain great wisdom, and in some cases inspiration. Yet the wisdom of these works has at times been matched or surpassed by the writings of other sages; none of them stands pre-eminent.  The fair-minded reader of the Bible is compelled to acknowledge that greater wisdom and more divine power is found in its pages than in the writings of the world's foremost scholars and religionists. Authors, philosophers, playwrights, and artists have used Biblical imagery and themes in their writings for nearly two thousand years, yet none have approached the wisdom of the original, much less surpassed it, notwithstanding their possession of presumably greater scholarly resources than were available to early scriptural authors. Is this not evidence of its truth?