Nothing New in Christianity?

Chapter 17: Nothing New in Christianity? 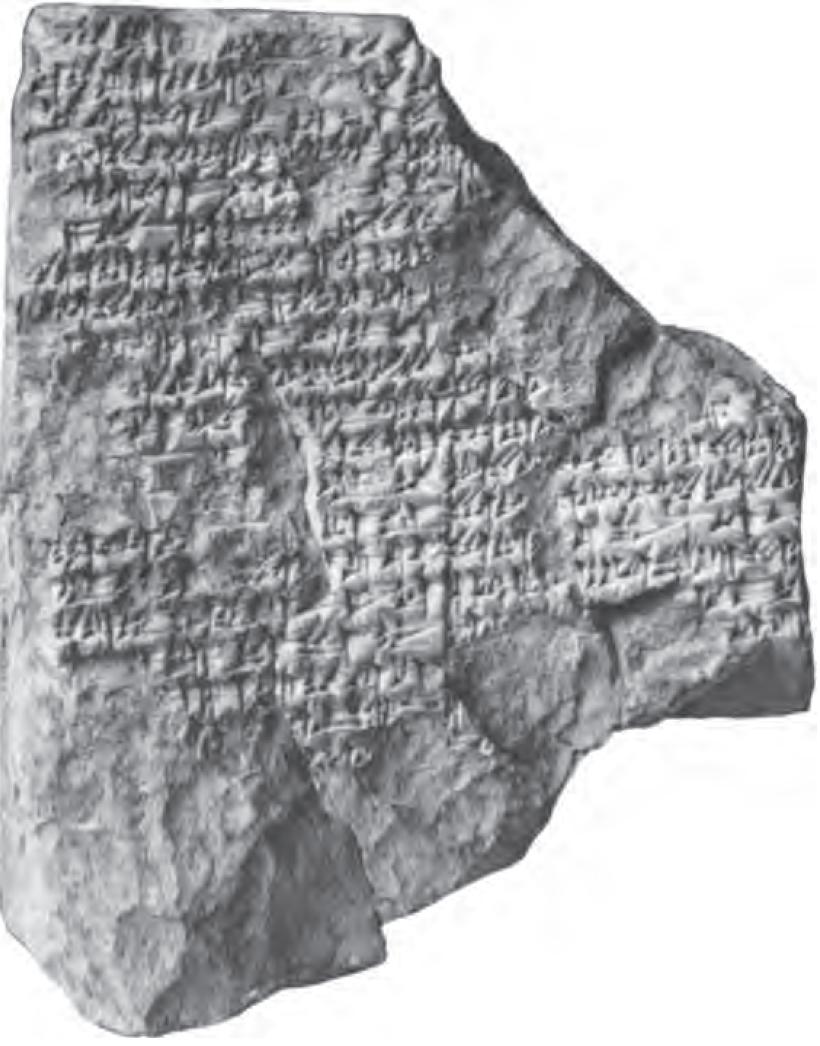 Some critics, primarily atheists, have claimed that Christianity arises from the synthesis of pagan myths. In Christianity Before Christ, John G. Jackson argues that "nothing is new or original in Christianity. The least developed features, as well as the most important, were all well developed in cultures that flourished before the time that Christ is alleged to have walked the parched paths of Roman Palestine." Atheist Lloyd M. Graham argues in Deceptions and Myths of the Bible:

"The Bible is not 'the word of God,' but a steal from pagan sources. Its Eden, including Adam and Eve, were taken from Babylonian accounts; its Flood and Deluge is but an epitome of some four hundred flood accounts; its Ark and Ararat their equivalents in a score of Deluge myths; even the names of Noah's sons are copies, so also were Isaac's sacrifice, Solomon's judgment, and Samson's pillar act. Moses is fashioned after the Syrian Mises; the laws after Hammurabi's code."

As early as 1875, atheist and former Quaker minister Kersey Graves argued in The World's Sixteen Crucified Saviours: Christianity Before Christ that many ancient cultures taught of a redeemer figure, including the Sumerian Dumuzi, Egyptian Osiris, Indian Krishna and Buddha, Greek Adonis, Iranian Mithra, and others from around the world. Although the extent of these parallels vary and the conclusions of these authors are widely disputed, some common themes are evident.

Atheists have used these similarities to claim that Biblical stories do not convey God's truth, but represent the amalgamation of pre-existing myths by early Hebrew authors. The existence of other flood myth and more ancient stories of a savior who died and was resurrected for mankind, they claim, "proves" that the scriptural accounts were appropriated from ancient legends rather than representing divine revelation or historical fact. To the sectarian Christian who believes that there was no revelation outside of the Bible and no awareness of the coming Messiah outside of ancient Israel, these claims are disturbing.

Lest we entertain the idea that Mr. Graham is an objective scholar seeking truth through impartial inquiry, the preface to his book declares his agenda: "Mr. Graham believes it is time this scriptural tyranny was broken so that we may devote our time to man instead of God and to civilizing ourselves instead of saving our souls that were never lost." Mr. Graham's reasoning reflects an a priori rejection of the possibility of scriptural truth rather than impartial data analysis.  For example, he declares that the teachings in Exodus of the plagues upon the Egyptians in Moses' day are false because corroboration has not been found in contemporary Egyptian records. Yet the Egyptian records themselves demonstrate one-sidedness in typically recording only victories or triumphs. From the writings of the Pharaohs, one would think that the Egyptians never lost a battle; we know of their defeats only from Hittite, Assyrian, and other sources. Known record-keeping practices of the time give us little reason to believe that the Egyptians would have recorded Moses' plagues. It is certain that much transpired in ancient cultures which we do not know about; claims that something could not have happened because we do not know of it go far beyond the mandate of scholarship.

The arguments of Graham, Jackson, Graves, and other atheists suffer from circular logic.  When corroborating evidence for some Biblical teachings has not been found in contemporary ancient records, such as for the Egyptian plagues in Moses' day, scripture critics declare that the scriptural account is false because there is no evidence to support it. Yet when corroboration of scriptural teachings is found in other sources, critics allege that the scriptural writings were stolen or borrowed from pagan sources. Their double standard allows no possible conclusion that Bible stories could be valid.

Critics pose a false dichotomy in proposing that either scriptural teachings must be entirely unique, or that they represent a "steal from pagan sources." A third possibility does not seem to have occurred to them: that the gospel of Christ was preached by ancient prophets in all the world from the beginning long before His coming, and that elements of truth are preserved in the traditions of nations that represent imperfect recollections from earlier eras clouded by the lens of apostasy. The preaching of the gospel given to Adam and his posterity is described in the Book of Moses:

"they were preachers of righteousness, and spake and prophesied, and called upon all men, everywhere, to repent; and faith was taught unto the children of men."[1]

In declaring the scriptural teachings to be hoaxes because of parallels in other legends, Jackson, Graham, and Graves have failed to take the analysis to the next step. When different data sets share varying degrees of commonality, a technique called regression analysis allows us to determine which account is most original or most correct with a high degree of confidence. A similar technique is used in linguistic paleontology to determine from daughter languages what was most likely the original word in the parent language of a language family which has been lost to us. Such methods add a degree of objectivity such that conclusions are grounded in evidence and reason.  We can apply these principles to the analysis of commonalities between scriptural stories and secular legends, such as the story of the great deluge or the similarities among various savior figures from world cultures.  The application of these methods does not constitute proof of the scriptural account.  Yet such analysis also demonstrates that there are logical possibilities potentially in support of scriptural teachings that are more rational than the false dichotomies of Graham and Graves.

Not all legends should be taken at equal weight. Illiterate culture, are more likely to introduce distortions and to lose original elements. Accounts from cultures with a long history of literacy, like China, India, and Babylon, are more likely to retain original elements and should be given more weight. More credibility can be attributed to written ancient sources than to recent ones or those for which a chain of custody cannot be readily documented, such as oral legends told by indigenous peoples to European explorers.  As we would expect, the accounts of illiterate cultures have less in common with other flood legends, and with the scriptural account, than accounts from more literate cultures, although the detail contained even in accounts from illiterate cultures is nonetheless often remarkable. Versions which contain elements corroborated by other accounts should be given more weight than versions with isolated elements, and variations in stories from the same culture should also be considered.  Regarding common elements, James Perloff wrote:

The Hebrew flood story contains elements like the divinely mandated destruction, salvation of a favored family, and the thanksgiving of survivors not found in the legends of neighboring cultures like Syria, Egypt, and Persia, but found as far afield as Peru, Hawaii, and the Leeward islands -- all cultures presumed to have had no contact with the ancient Hebrews. Mr. Graham may have unwittingly approached the truth when he noted that the Biblical deluge is the "epitome of some four hundred flood accounts." Analysis of common elements leads us back to the Hebrew flood story as having the greatest commonality and highest number of salient shared elements with other accounts. It defies logic to believe that ancient Hebrew scribes could have arrived at the account of the flood which shares the most commonality not merely with neighboring cultures, but with the legends of some four hundred cultures from around the world, merely by synthesizing Near Eastern traditions.  The Biblical deluge is not merely one of a number of flood legends, but appears to be at or near the source from which other accounts are derived, notwithstanding the relatively late date of extant manuscripts.

We can apply similar analysis to Mr. Graves' "Sixteen Heathen Crucified Saviors." Graves lists what he deems to be sixteen historical parallels to the New Testament Christ: Krishna of India, Sakia of India, Thammuz (or Tammuz) of Syria, Wittoba of the Teligonese (Telugu, South India), Iao of Nepal, Hesus of the Celtic Druids, Quetzalcoatl of Mexico, Quirinus of Rome, Prometheus of Greece, Thulis of Egypt, Indra of Tibet, Alcestos of Euripides, Atys of Phrygia, Crite of Chaldea, Bali of Orissa, and Mithra of Persia. To this list we might add the Egyptian Osiris, the Sumerian Dumuzi, and others.  Mr. Graves dedicated chapters to salient commonalities he labeled as follows: Messianic prophecies, Miraculous conception, Virgin mother, Stars point out the time and the Savior's birth-place, Angels, shepherds, and magic visit the infant saviors, Titles of the Savior , Royal descent but humble birth, Saved from destruction in infancy, The Saviors exhibit early proofs of divinity, The Saviors' kingdom not of this world, The Saviors are real personages, Sixteen Saviors crucified, Darkness at the crucifixion, Descent of the Saviors into hell, Resurrection of the Saviors, Reappearance and Ascension of the Saviors, and The Atonement.  Graves' scholarship has been challenged, and the degree of similarities are matters of controversy. Nonetheless, few informed modern scholars would deny salient parallels to aspects of Christ's life and teachings in the mythology of more ancient cultures.

When we analyze the traits Graves' has listed, we find that Jesus of Nazareth is the epitome of saviors, with more commonalities with savior figures as far afield as Gaul, India, and Tibet than any of the other figures have with the others.  Could the early Christians have contrived a savior who embodies central features of traditions from cultures around the world that they had little or no access to?  Perhaps it is worth considering that Jesus Christ may be the original savior whose coming was prophesied from the beginning of time. The accounts of savior figures among other nations may represent merely mythologized accounts of ancient teachings of Christ, garbled by apostasy and dimmed by time, and derived from earlier sources, now lost to us.

Critics often misinterpret evidence for Christianity as evidence against it.  Christianity did not arise in a vacuum, but represents the epitome of the gospel that was preached in all the world from the beginning.  Notwithstanding confusion and apostasy which have occurred from the earliest days, many pagan legends preserve recognizable elements which appear to have common origins in a very ancient gospel.  Such findings suggest the universality of the gospel message and point to Jesus Christ not merely as a great teacher of the Hebrews, but as Lord over all the earth.